After nearly three decades in the spotlight as one of Christian music's biggest bands, one might think Newsboys would slow down a bit. But after the platinum-selling pop rockers added Peter Furler and Phil Joel back to the mix, the Newsboys are breaking new ground!  CCM Magazine's Andrew Greer sits down with the guys in this month's episode of #CCMmag's 'Features on Film with Andrew Greer'

Getting To Know You — Tauren Wells

Tauren Wells has taken the industry by storm in the last 12-18 months, with multiple hit songs like “Known” and “God's Not Done With You”, as well as winning multiple Dove Awards, including New Artist of the Year for 2018.

CCM Magazine recently had the chance to dig a little deeper with Tauren to go beyond just the songs...

for King & Country Partner with Erwin Brothers on New Film

At a recent National Religious Broadcasters convention, Kingdom Studios, founded by the creators of I Can Only Imagine, released that they were working on (among other projects) a biopic about Jeremy Camp and a musical featuring for King & Country.

Filmed on tour, in the studio, and in the homes of Big Daddy Weave band members, When the Light Comes comes to the TBN app On Demand

The Winter Jam Tour Spectacular recently kicked off unveiling a 360º “in-the-round” center stage - a historic first for the tour!  CCM Magazine gives us this spectacular look at the artist lineup - including Newsboys United, Danny Gokey, Mandisa, Rend Collective and more!

It’s been two years since the release of Hillsong UNITED’s Empires, but it hasn’t really seemed like it. They’ve been everywhere - touring, television, awards, the radio, to name a very short-list.  With all of the Empires dust still being kicked up, there’s no time to record and release a studio album of entirely new material, right? Wrong!  We asked the group all about their new album!

MercyMe finished 2019 having performed 61 shows over 31 states!  But new music and a spring 2020 are both in the works.  CCM Magazine captured images from their fall Imagine Nation Tour, featuring Crowder and Micah Tyler.

Matthew West — The Faithfulness of the Songwriter

For the last 12 years, Matthew West has enjoyed the presence of an actual Dove Award sitting on a shelf somewhere in his house. The little-known anecdote is that it didn’t actually belong to him.

From the latest issue of CCM Magazine!

Ten years ago, Francesca Battistelli was considered a risk. Debuting during a time in which the Christian music landscape featured little in the way of female artists. Fast-forward ten years, Battistelli is a not just an example for female artists; she’s a pop powerhouse!
From the latest issue of CCM Magazine!

Matt Maher’s albums have always felt like gifts for the Church, thematic collections of songs intended for the global congregation of Christ followers. After nine full-length albums of worshipful songs, Maher has finally dialed in his talents to release his first holiday-themed album, The Advent of Christmas.

From the latest issue of CCM Magazine!

Danny Gokey Performs After Suffering Severe Burns to His Feet

Right before his concert in Richmond Virginia earlier this month, Danny Gokey had a wardrobe steamer reservoir tip over and scald both of his feet.  Without missing a beat, Danny Gokey performed in spite of incurring 2nd and 3rd degree burns on his feet!

CCM Magazine was there and gave us this story.....

Cory Asbury walks us through the meaning behind his new album and album cover "Reckless Love".

Amid a season where culture is channeling all of its energy into promoting the next leader of the free world, Mike, Jason, Jeff, Brendon and Ruben are focusing their efforts on cultivating followers, presented on the band’s brand new, and aptly titled, playlist—Followers 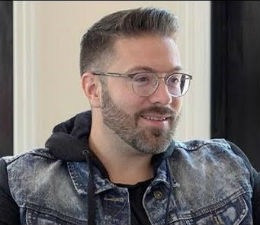 Danny Gokey sits down with CCM Magazine to talk American Idol, his career and ministry, and his first nationwide headlining tour that he's just beginning.

Behind The Song: Hillsong UNITED Shares The Heart Behind Their Single “Good Grace”

Hillsong UNITED has released the single “Good Grace.”  The debut track includes an accompanying video that showcases the group’s powerful live energy and dynamic production, and features lead vocals from Joel Houston, Taya, JD, among others.

Crowder Reveals the Inspiration Behind Album ‘I Know A Ghost’

I Know A Ghost is haunted by a dynamic fusion of gospel, hip-hop and tradition roots music— an amalgam that Crowder said made for the most fun he’s ever had as a songwriter.
So how did that all come together?  CCM Magazine asked Crowder about it....

Hawk Nelson's lead singer Jon Steingard sat down with CCM Magazine to take us through the creative process for the band's new album Miracles, and the sometimes daunting task of writing a follow-up of their most successful album to date. 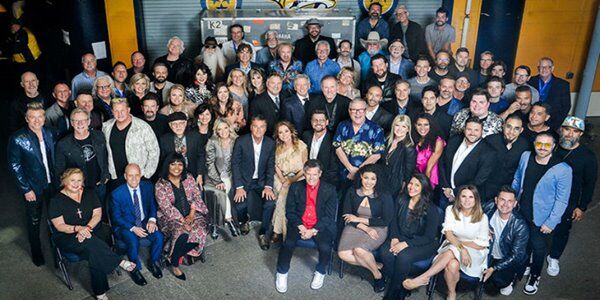 The king of Christian music festivals, KingsFest, hosted many top artists, including some GRAMMY® and GMA Dove Award winners. Get a taste of all three days of KingsFest in this photo slideshow from CCM Magazine - featuring TobyMac, For KING and COUNTRY, Bethel Music, Building 429, Crowder, We Are Messengers, Zach Williams, Unspoken, Jordan Feliz, Micah Tyler and more!